On Wings of Love 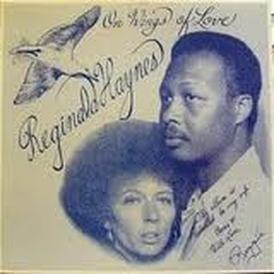 On June 20, 1973 Reginald Haynes was released from Rahway State Prison. He was anxious to start his life as the founder and lead vocalist of THE ESCORTS. Reginald began a non-stop tour across the country, from east coast to west coast promoting " ALL WE NEED IS ANOTHER CHANCE" and THE ESCORTS on radio, television and various print medias still he found time to visit hospitals, youth detention centers and mental hospitals where he became an image of hope to those who had lost hope. If he could come from the depths of hell and make it; maybe, they could make it to. His message was and is; Believe in GOD for GOD Believes in YOU.

The" Prophet of Love and Song" was back and better than ever. He was offered a chance to record and produce his own album. In 1988 he recorded his first solo album" ON WINGS OF LOVE. " A collection of love songs dedicated to his wife. His solo career began to blossom, but he just couldn't forget the group he gave life to; THE ESCORTS.

After being separated for many years George Kerr reentered Reginald's life and his thoughts echoed Reginald's; lets put the group back together. Time and the various tolls of life make it impossible to revive the old ESCORTS. After much soul searching he decided to abandon his solo career and give new life to the group that was his brainchild 20 years ago. Reginald began the search for new ESCORTS. But this time he wanted top professionals who would be loyal to THE ESCORTS legacy, have the principals and abilities necessary to perpetuate and enhance the legacy and most importantly men who believed in and bowed down to the son of GOD. Reginald began holding auditions and soon found out that finding new ESCORTS would not be an easy task. 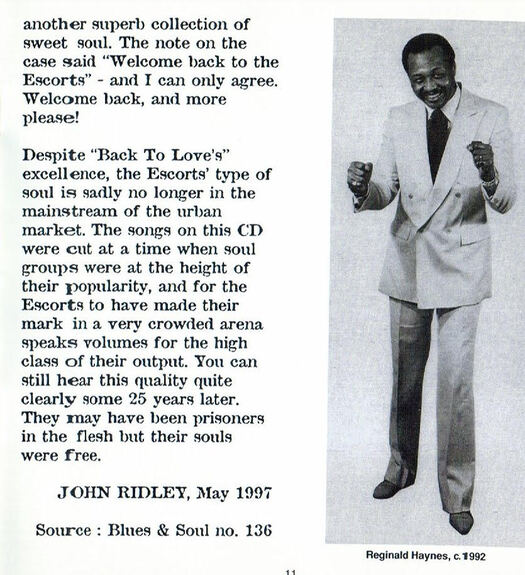